Wallet does not need and introduction- it is that small leather case you carry in your pocket to carry cash, cards and documents. Of the enormous number of accessories that we use in our daily lives, most people will agree that a wallet ranks among the top 3 devices you don’t want to lose under any circumstances. From being the carrier of your vitals to being a fashion statement, a Wallet shoulders a heavy weight of your expectations.

But like all important devices a wallet too has a long evolutionary time line which renders this sophisticated little device of vital importance, into our lap. It would be naive to think that a wallet’s emergence is only recent and has only seen but a few modifications of form to become what it is today. It would not be too far from the truth to expostulate that wallets are as old as man-kind. Closer still would be to assume that wallets came into existence once the mankind started to feel the need to carry things around.

Most people think that a wallet’s origin could be earmarked around the time the paper currency came into origin. While this logically holds true, but only if you are thinking of the wallet in it’s current shape and form.

Not all through the human history has the wallet been used to carry currency notes, a wallet has been around way longer than the paper currency has, only not in the same shape or referred to by the same name. 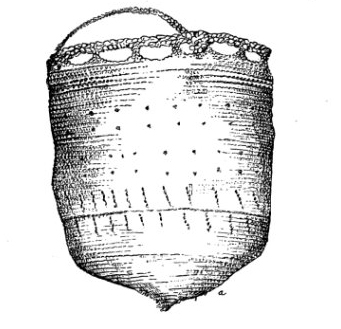 The early wallet is known perhaps to be shaped like a small pouch or knapsack made from lamb skin or such durable fabric, tied around the neck with something like draw strings. Worn by Ancient Greeks near the belt, these wallets were used to carry around the essential items like food and provisions.

It is also interesting to understand how the wallet got its name. The origin of the word “Wallet” could be traced back from the ancient Greek word Kibisis which was the word used to describe the sack carried by the God Hermes.

Kibisis has been conventionally been translated as the Wallet. While the modern usage of the word wallet for the flat purses that we use today came as late as 1834 primarily used by Americans, among other names.

The classicist A. Y. Campbell in his 1931 book about Archaic period “The Boy, the Grapes, and the Foxes” writes about a Wallet that “the wallet was the poor man’s portable larder; …… a thing that you stocked with provisions.”

This suggests that the wallet was not just used to carry your food around, but something more like a fixture in your daily use accessories, which you replenish periodically.

The wallets started to take a more familiar flatter shape in the mid 17th century largely owing to the introduction of paper currency. The flat paper currency was first introduced in the Massachussetts Bay Colony in 1690 before which the coin currency were prevalent and to carry them around people used small knapsacks which could best be described as purses.

The invention of paper currency meant that the people no more needed to carry the bulk of coins round their waists. It also meant that henceforth, the path of a flat smooth durable case known to us as a wallet was starting to be paved.

The early 19th Century saw a wide usage of the wallet by the early industrial Americans. Not only were the wallets entrusted to carry currency but also other precious objects or “things not to be exposed”, Smoking Paraphernalia being one of them. 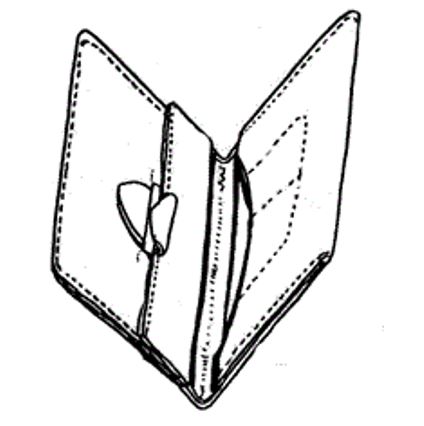 In Spain, a wallet was widely used to carry the smoking paraphernalia as a secure case. A foldable carry able pocket-sized device made from highly durable fabric (usually horse or cow leather) was catching on as a secure and convenient accessory to carry valuables in.

With the introduction of Credit Cards in the 1950s, the design of the wallet started to alter to keep up with the times. The wallets money compartments started getting slimmer to accommodate of currency bills, while also making room for slots where Credit cards could be inserted for ready retrieval. 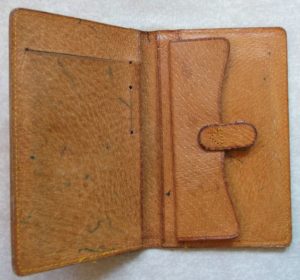 The modern bi-fold/tri-fold wallets became exceedingly popular towards the second half of the twentieth century. Everyone, be it men, women or children could get their hands on a wallet for their particular needs. While the men wallets needed to be sturdier and durable, designed with great insight to accommodate cash, cards and documents efficiently, the women’s wallets were elegant and fashionable and often an added accessory matching their apparel.

As times wore on, the wallets became an indispensible accessory for every individual and were available for every need. Ranging from the conventional bi/tri-fold wallets, Front pocket wallets (often known as the money clip), Travel wallets to accommodate passport and boarding passes etc., Sports wallets,  Cheque wallets, Shoe wallet, Wristlets, etc. the list is endless.

Seen not only as a carrying device but as an accessory of paramount importance to one’s style, image and largely to one’s fashion ensemble, a Wallet today is more than it has ever been in history. The Modern wallets are required to serve all purposes that the consumers look at them for; there’s no less emphasis on their ability to consolidate carry able articles like cash, credit and debit cards, important identification documents like Driver’s License’s etc. and even some change. 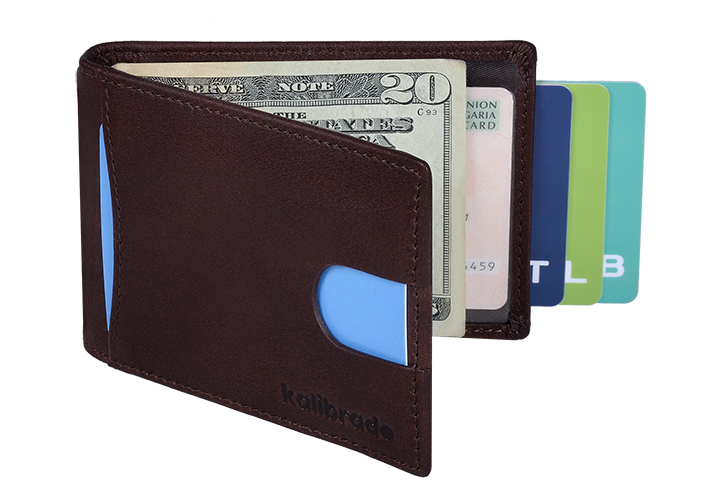 The erstwhile usage of various leathers exclusively to craft wallet from has now given way to a range of other man made fabrics rendering the new breed of wallets to be washable, waterproof, patterned and slimmer.

As we become more and more dependable on our Wallets there is a new growing need of Slimmer Wallets. Carrying bulky chunks in your pocket is progressively going out of vogue, as it uncomfortable and a hazard for the spine. The new age wallets are required to not compromise on the utility and yet be slimmer and much more a breeze to carry. The new Minimalist Wallet is the latest trend to wallets where the wallet has shed its bulk but still maintains deliverability on all its functions.

The history of the wallet has been long and varied by the times, but still the wallet continues to evolve and adapt to the demands of its time. Be that as it may, the wallet has been around as faithful accomplice in all our affairs and remains one of the most respected accessories of all time.